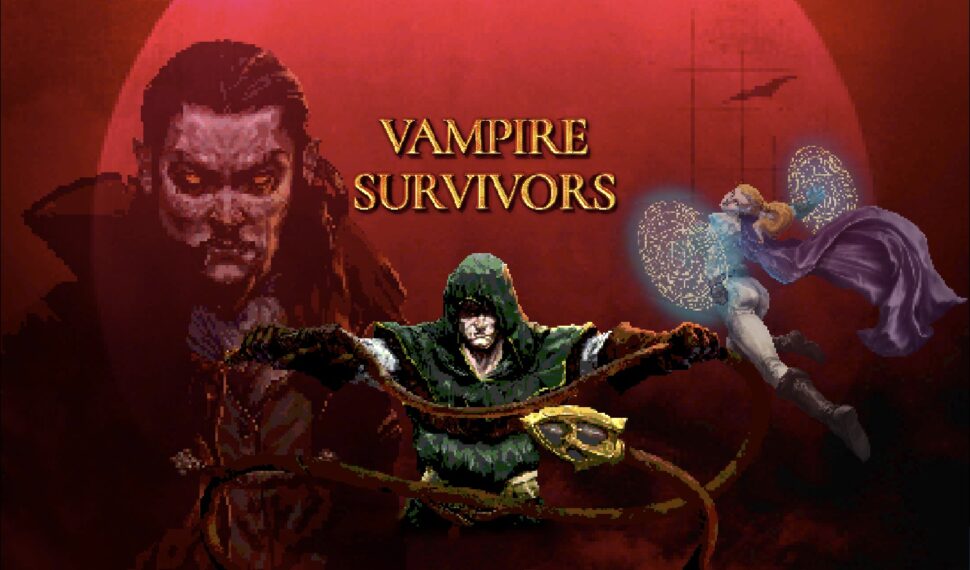 With Vampire Survivors hitting 1.0 I felt there was no time like the present to tell you just how fantastic this $5 game really is. At first glance you might think of VS as another Castlevania lookalike but with a whole lot of bullet hell, but…well, actually that’s exactly what it is! VS doesn’t shy away from its visual inspirations and instead embraces them earnestly while creating a style all its own at the same time. Enemy designs are often familiar but sprinkled in are surprisingly unique-looking creatures and some fun-looking boss-type monsters. The game definitely borrows from Castlevania but it does more with that design style than Konami has done with it in decades. Even the music evokes that old-school NES/SNES/PSOne Castlevania feeling. Levels start off as simple wide-open fields or side-scrolling libraries, but eventually, you’ll be slaying your way through factories, castles, and more. Levels are littered with secrets from items to characters and the challenge becomes just as much about finding them as it is about surviving.

As you unlock the multitude of characters you’ll get your Belmont and Alucard-likes, but you’ll also get demons, old men, gentlemen, dogs, ghosts, and…elephants? I’m still not 100% sure what Cavallo is but I know I enjoy playing as them. Each character starts with a different weapon with its own unique effect. From throwing daggers to explosives your play style changes drastically based on who you choose. Over time you’ll be able to unlock more weapons for your arsenal, and no need to worry about remembering to use them, everything except for movement is automatic. Your weapons will always fire when off cooldown so your only worry is to line them up and dodge anything coming your way. As the developer puts it, you are the bullet hell.

Most weapons you acquire can be upgraded to super powerful evolved forms by pairing them with an appropriate item. You can have up to six items and six weapons at a time so early on it’s best to experiment and pick up everything you can. Early builds left much of this to mystery and memory, but more recent updates have made it a tad easier to remind yourself of what pairs with what, making build crafting more of an option for more casual players. Some weapons will require additional weapons, as well as an item, to evolve into one super weapon often leading to some difficult choices. Do I hope the other gun I need drops later in the run and risk not being able to finish the upgrade or do I skip it entirely and build something else?

Luckily, I have yet to find anything I outright hate to use. Every weapon can be effective in different ways and as long as you build into them they can all be effective well into your runs. Each run lasts for 30 minutes (at least until you start to figure out how to survive beyond that) and as you defeat the hordes of monsters you’ll gain XP and level up. Leveling grants you a chance at a random selection of weapons or items so you can develop your arsenal. Unlocking new characters and using them will eventually unlock their weapons to show up as options during your runs on other characters. You’ll also be able to destroy some objects in the environment to earn healing items or gold.

You’ll use gold to purchase permanent buffs and, if you’re daring, a few debuffs for your character. These work across all characters across all runs and can be as simple as increased health or movement speed, but they can also reduce cooldown timers or even make enemies more difficult to defeat if you’re looking for an additional challenge. These buffs and debuffs stack with whatever you pick up during your run making them very worth your while. Five percent might not seem like a lot, but you’ll definitely notice the difference between twenty and twenty-five percent when your screen is filled with high-health bats closing in from all sides with flanking werewolves. Gold can also be used to purchase new characters at a modest price.

While I could go on and on about Vampire Survivors, there is so much about the game you should learn for yourself by playing it. At just $5 it is almost a crime just how much value you get, and that’s after the price increase to go along with its 1.0 update (the game used to be just $3!!!!). The game plays well on both mouse and keyboard and controller, plus it runs like a dream on the Steam Deck if you’re lucky enough to have one. Do yourself a favor and take a flier on this one. If you’re like me you’ll be hooked after your first sweet rave chest (a real thing) and spend countless hours perfecting your runs and trying to punch past that 30-minute end phase. Vampire Survivors isn’t a perfect game, but it is a perfect recommendation for anyone looking for something fun but different.

- Sound effects can get a tad annoying after a few hours