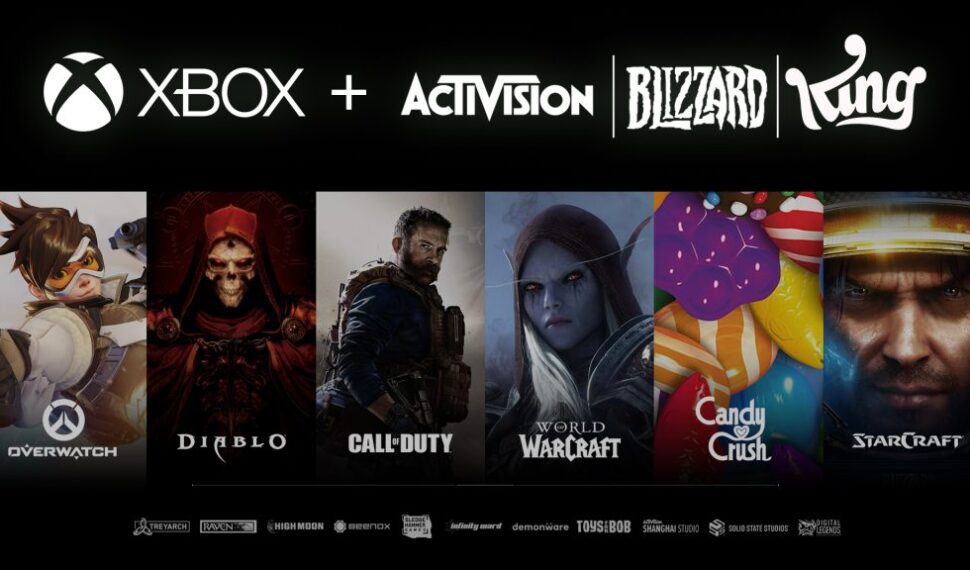 Okay, let’s get right down to it: Microsoft buying Activision isn’t a bad thing, but it’s complicated. This isn’t an issue of choosing sides or trying to protect one brand over another. It’s why the UK’s CMA is looking at the deal so closely that it’s now asking for public views on the matter to ensure it is making the correct decision. Scrutiny is fair and welcome when we’re talking about an almost $70 billion deal, or nearly the entire value of the industry leader Sony. While Microsoft isn’t some evil overlord to be feared, and I do believe they can do a lot of good for Activision and it’s employees, let alone their backlog of valuable IPs, they’re also the only two trillion dollar juggernaut in gaming who could realistically pull a deal like this off. Why the cause for concern? Well…

First and foremost, there is no $70 billion deal for Activision without Call of Duty, no ifs, ands, or buts. It has been the best selling game of the year by dollar value almost every year since 2009 (only Rockstar seems to be able to take the crown with Grand Theft Auto V and Red Dead Redemption II). Call of Duty, even in its down years, consistently runs circles around the competition. It is so important to Activision’s bottom line that nearly every studio they own has a hand in development of the franchise. Call of Duty is the reason Microsoft wants to buy Activision. With Halo floundering and the 360 era of AAA dominance behind them, Microsoft is still looking for that big name money-maker franchise. They bought Mojang and Minecraft, but even that can’t hold a candle to COD’s annual sales.

The weird part of all of this is that Sony of all people are trying to build the value of the COD brand while Microsoft seems to be doing everything within its power to downplay just how important the franchise is. COD is annually the best selling game on PlayStation, despite going up against Sony’s in-house AAA titles. It’s why Sony wants to so desperately keep the franchise on their platform, it makes them money, and the Activision deal potentially threatens that continued income. Anyone even remotely plugged into this industry knows the value of COD and no amount of dancing around it is going to hide the value of the franchise from regulators. Sony is right to be worried, but…

Sony is overplaying their part as victim

Microsoft is correct about one very important fact in their defense of the buyout: Sony is the current industry leader (though Nintendo would probably like a few words). The PlayStation brand hasn’t been this strong since the PS2 days and it shows no signs of waning, despite Sony doing everything they can to shoot themselves in the foot the last few years (potentially a piece all its own someday). Only Sony could focus so heavily on one particular style of game across its studios and watch the money pour in with review scores to match. PlayStation is the de facto home of the third-person open or semi-open world action game. That served them well through the PS4 era and early into the PS5, but the lack of first-party variety is wearing thin. The games they have in the pipeline to address this are still months or years away and thus Sony has to rely on third parties to fill the gaps.

Sony is plenty happy to open up their wallets and lock every other platform, PC included, from content when it benefits them, but the moment someone threatens one of the biggest money makers on their platform they go full victim. Let’s not pretend that for as forward thinking and “pro-gamer” Sony was at the start of the previous generation, they’ve not been on the wrong side of history for the last several years. They were slow to cross-play and archaic in their policies regarding it, they burned bridges with smaller indie devs once the first party output got rolling consistently, they long denied the value of services such as Game Pass before finally rolling out their alternative to mixed results, and they rely on third party exclusives more than anyone else in the industry, be that games or content.

You don’t get to keep making deals like Final Fantasy VII Remake exclusivity unless you’re able to open up your wallet enough to make that happen, and the market leaders are the ones most likely to do so to keep their status. Losing Call of Duty as much of a blow to their bottom line as that may be, would at best be a “you should have prepared for this by making your own” moment or, at worst, a “serves you right”. Sony has been aggressively playing their status to their benefit and the time finally came where someone with the funds to do so spent the money Sony couldn’t dream of to get what they wanted. If COD comes to Game Pass, great. Should it leave PlayStation entirely? No, and I believe the financials around that franchise will only prove that having COD on as many platforms as possible is the best way forward.

Despite their pettiness, PlayStation owners shouldn’t lose out on the biggest AAA game in the business just because Microsoft decided to open their much deeper wallets and buy the people making it. In that way, I respect why they feel the need to fight it. Yes, Sony has made some strategic acquisitions of their own, but those were generally targeted at long-time partners with little exposure to other platforms. Insomniac dabbled in multi platform with FUSE and did a publishing deal with Microsoft for Sunset Overdrive, but the studio is predominantly known for their work on Ratchet & Clank and more recently Marvel’s Spider-Man (a game that could also benefit from being multiplatform and is thankfully now available on PC). Housemarque has long been developing PlayStation published titles and Bluepoint has a long history of working with Sony on ports and, more recently, highly successful remakes of legendary releases (Shadow of the Colossus and Demon’s Souls). Microsoft lacks much of that connection with Activision and, lest we forget, it was they who originally paid for limited time exclusive access to new maps for COD. In fact…

Microsoft hit it off big with the original Halo and under the stewardship of Bungie (ironically now owned by Sony). The franchise was among the industry’s most successful. What Microsoft failed to do during their most successful, industry leading years, was build a stable of talented developers capable of pumping out hit after hit. Aside from Halo and Forza, Microsoft’s next biggest game was developed by Epic (Gears of War) until they finally purchased the franchise from Epic and built a studio for it. The Initiative, founded in 2018, only recently announced its first game after being hyped up for years as their big new AAA studio. Their game, the Perfect Dark reboot, is being co-developed by Crystal Dynamics.

While Sony spent the PS3 era licking their wounds, they also built up a strong group of developers that went on to produce industry defining experiences and they’ve only enhanced that over the last generation. Microsoft has purchased almost every developer they have in the last five or so years, from Zenimax/Bethesda to Obsidian and Double Fine. All fine developers in their own right and still making great games, but how many of them scream “we couldn’t do this without Microsoft?” I know examples such as the excellent Psychonauts 2 exist because of the acquisition and I won’t discount those, but as a whole Microsoft hasn’t proven that all of these developers are thriving under their stewardship. Sony can point to high sales and high review scores, and Nintendo can do the same. Microsoft’s biggest claim to fame right now is “Available on Game Pass.”

I do believe that they are capable of cleaning house and getting Activision and Blizzard back on track after years of controversy and turmoil, and I sincerely hope they tap into the bevy of dormant IPs Activision continues to ignore in favor of chasing the COD money. Deep down, however, I can’t shake the feeling that while the culture might shift for the better, the games will continue to just be what they are. COD might be able to skip a year between releases and Blizzard will be able to take more time to make Diablo IV and ideally not have to create another Overwatch 2 situation just to generate some buzz. At the same time, I can’t help but look at all the ambitions around Halo Infinite and how that game still doesn’t feel finished a year after release and two after it was originally scheduled. Microsoft might need to be a little more hands-on with its internal teams and ensure the development process is smoother. Starfield can’t just be Skyrim or Fallout but in space, and it definitely can’t be the next Halo Infinite.

Let the deal go through and hope for the best

Ultimately, I do believe the deal should go through and I do believe Microsoft will do the right thing with Call of Duty. Also, we cannot afford to let Bobby Kotick continue to lead that organization into the ground. Activision, its franchises, and its people deserve to be under better leadership and Microsoft, by all accounts, fit that bill even if I’m not 100% satisfied by the means to do so. I try not to look at this as platform vs platform, but it is hard to ignore history when Microsoft’s Bethesda is releasing Starfield only on Xbox and PC. I want more people to enjoy games wherever they can enjoy them. Ideally, Activision gets to keep doing business as usual as a third party publisher but now owned by Microsoft and everyone gets to enjoy the fruits of that labor. Sony, the CMA, and everyone else need to just acknowledge that on paper there is nothing inherently wrong with this deal and it should go through, but we should all keep watching to make sure everyone is held accountable when it is done.