Throwback Review | Prince of Persia: The Sands of Time 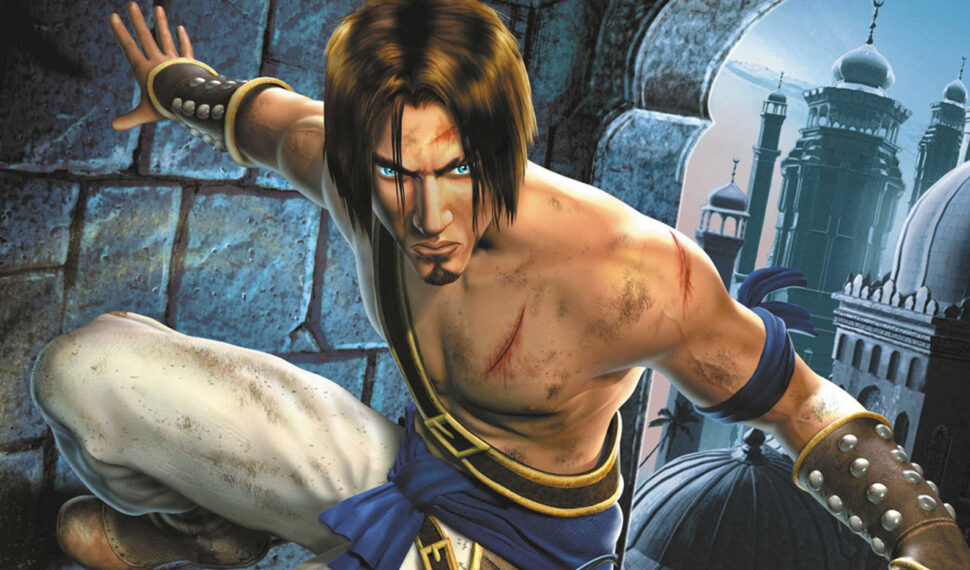 There are times in gaming, where you may become stuck on a specific part of an adventure that no one else seemingly has trouble with. That was the case with me and Prince of Persia: The Sands of Time. Back when the game first came out, I could not get past the first boss fight of the game, no matter what I did. All of these years later, the reflexes may have dulled but the wisdom has grown, and I have officially beaten The Prince’s first journey.

For those who don’t know, Prince of Persia: The Sands of Time was released in 2003 for the PlayStation 2, GameCube, Xbox, PC and Game Boy Advance and was a reboot of developer Jordan Mechner’s innovative original from 1989. In a way, the original Prince of Persia to The Sands of Time was a similar situation as Metroid to Metroid Prime. Both were 2D series that were thrust into three dimensions on the sixth generation of game consoles.

Developed by Ubisoft, the Prince’s new journey was headed up by Patrice Désilets who would go on to head the original Assassin’s Creed in 2007 along with Assassin’s Creed II and Assassin’s Creed: Brotherhood. As a whole, the team who worked on this game was young and there were some issues during production. However, when the game shipped, it was one of the highest-rated games of the year and helped form the template (with it taking some inspiration from Tomb Raider) of what you come to see today when it comes to third-person action-adventure games with the Uncharted series being the most obvious example.

The story of the game is simple but well-executed. You play as an unnamed Prince who is tricked into unleashing the magical Sands of Time turning his entire kingdom into beastly sand monstrosities, and he’s the only one who can save the day as he has the Dagger of Time. The most interesting aspect to the story is the framing device which we will touch on later, but let’s move on to gameplay which can be broken down into three core pillars:

That is also in the order of what works from best to worst. The star of the show is the freedom of movement. You’ll be wall-running, rolling, wall-jumping, wall-running to jumping, etc. It feels so fluid and satisfying. Not only that, but for coming out in 2003, the Prince’s animations are stunning. Honestly, the character animations here are better than some games coming out today.

The smoothness of that allows the game to feel satisfying to play. Many times throughout the game, you will enter a chamber only for the camera to cut away and fly through the entire room to show you all of the traps, buttons and parkour objects you’ll need to utilize to proceed. However, there will be times where you fall to your death. Luckily, checkpoints are abundant but, the fun way to get around death is to use the dagger. With it, you can hold down a button to rewind time up to 10 seconds (provided you have the resource available to use it), and this isn’t like a save state. You’ll see everything you just did play out in reverse until you feel like you’re safe to try the jump again. This coupled with the checkpoints does make the game feel very forgiving but, as someone who doesn’t always need incredibly challenging games, it feels just right.

Puzzles are oftentimes built around the parkour system. For example, you may press a button on the floor which opens up the door at the end of the hall you need to get through but is slowly closing. The catch is that the button also opened up holes in the floor with spike traps, buzzsaws along the wall and a mounted scimitar that spins around directly in front of your destination. So you would need to figure out the timing to get through everything to reach the door before it closes. There are also more traditional puzzles in the game as well such as moving boxes or lining up light sources. None of them are too tedious and are nice to break up gameplay.

Lastly is the combat which is not bad by any stretch. However, it does become tedious but only very close to the end of the game. The Prince has a scimitar and can do a basic three-hit combo. He can also vault over enemies and hit them in the back on the way down which never gets old. However, some enemies block you from doing this. In that case, there is a wall launch where he shoots off of a wall in a line to knock an enemy over. The catch is that you can’t kill enemies just by hitting them. You’ll knock them over, but they’ll eventually come back. To finish off enemies, you need to absorb them into your dagger which, subsequently, refills the meter on the side of your screen allowing you to rewind time.

The dagger saves the combat from becoming irritating. You can freeze enemies with it for a brief time, you can blink between many enemies quickly, slow down time and, of course, rewind time if you die. You will be accompanied by a woman named Farah for much of the game who banters with the Prince as well as helps out with some puzzles. Unfortunately, she is also in some combat scenarios and has her own health bar which means the Prince has to become a babysitter. She stands in one place and shoots arrows, never repositioning and sometimes shooting you by mistake. From a story and character perspective, I like her quite a bit. However, she can be a liability in combat because if she dies, it’s game over. Luckily there was only one instance in the game when this became overly frustrating.

The entire game, the Prince will narrate events that are happening. The framing device is that he’s telling the story of what happened in the game to someone else in the present and that all of the events of the game have already occurred. When the Prince dies, the screen will come up to load the last checkpoint and he’ll say something like “No, that’s not how that went,” or “I didn’t fall there”. When you save the game, he’ll say, “I’ll start from here next time.” It’s not a complex thing that the developers are doing, but it is a fun, uncommon way to approach the narrative.

This game walked so that Assassin’s Creed could run. AC1 was originally a prototype for a new Prince of Persia game that was spun off into its own IP and has exploded while the original series has faded into obscurity. So you may be wondering if this is worth playing if it may just be a prototype Assassin’s Creed anyway. As someone who has beaten many of the AC games, 100% yes, you should play it. This game is so incredibly charming, has a mystical art design and fantastic parkour (which AC has given up on). It’s a short game only taking between 6-8 hours to beat, but there is no filler here so the pace is constantly moving. If you’d like to play on original hardware, the game is pretty inexpensive ranging from $8-$16 complete in box online for the PS2/GC/Xbox versions. There is also the HD trilogy re-release that came out for PS3 which is hovering between $20-$25 complete in box at the moment. It’s a game that was the foundation for some of the most popular franchises today but, unlike other foundational games, this one still stands on its own.